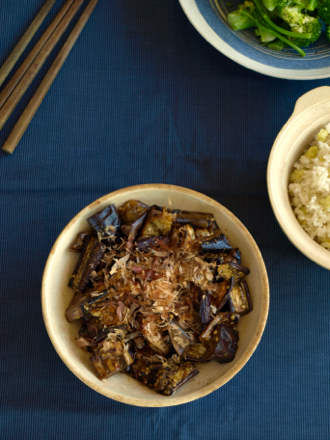 Years back, while travelling in rural China, we realised that the best stir-fries are a lot like the best Italian pastas – minimal ingredients, simple technique, allowing the produce to shine. It’s true of this dish from Japan, too. (But in case those two foreign words in the title are mysterious: yuzu is a Japanese citrus fruit that I think you can only have fresh here in Australia if you grow it. However, in the Japanese sections of Asian grocers you can buy bottles of yuzu concentrate, which works wonderfully here. Hunt it out – so delicious! While you’re there, search the shelves for bonito flakes, which are fine shavings of dried fish famously used in dashi broth, but which also make a magical, delicately fishy garnish. You can get them in convenient serving-sized sachets.)

We had this dish on the island of Shikoku, where yuzu is grown and finds its way into the local food and drink – and bonito, too, is popular dried as well as fresh, because the fish (like a medium-sized tuna) is caught offshore.

While in Kochi, Shikoku, we went to the Sunday produce market and I made sure I found the yuzu, as I didn’t know what it looked like. (Suppose I could have Googled it, but this was more fun!) I bounded up to stallholders who had citrus on display and asked if the fruit was yuzu, to which they generally responded, ‘No [silly foreigner], that’s mandarin!’ Eventually I found yuzu: shaped like a small orange, greener than expected (but ripening to yellow). We bought some and enjoyed their intense fragrance and taste, juiced in our hotel room with a little sugar added. The exotic flavour is something like lime meets grapefruit.

To make the dish we loved in Kochi, I followed another recipe for Japanese grilled eggplant with ginger, instead adding those Shikoku ingredients, and it was actually wonderful first go! We have homegrown eggplants at the moment, so all the eggplant dishes are on.

(Our trip to Japan was in 2016, and it has inspired two other recipes here so far: a buckwheat and vegetable soup from the Iya Valley, and a greens and walnuts salad from a Buddhist temple. Some of my favourite foods ever.) 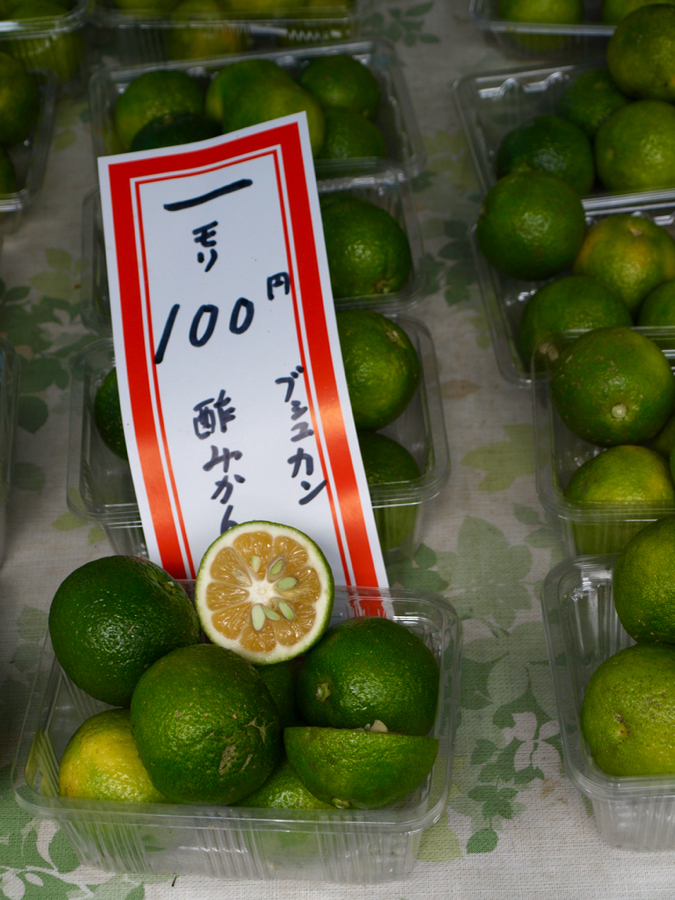 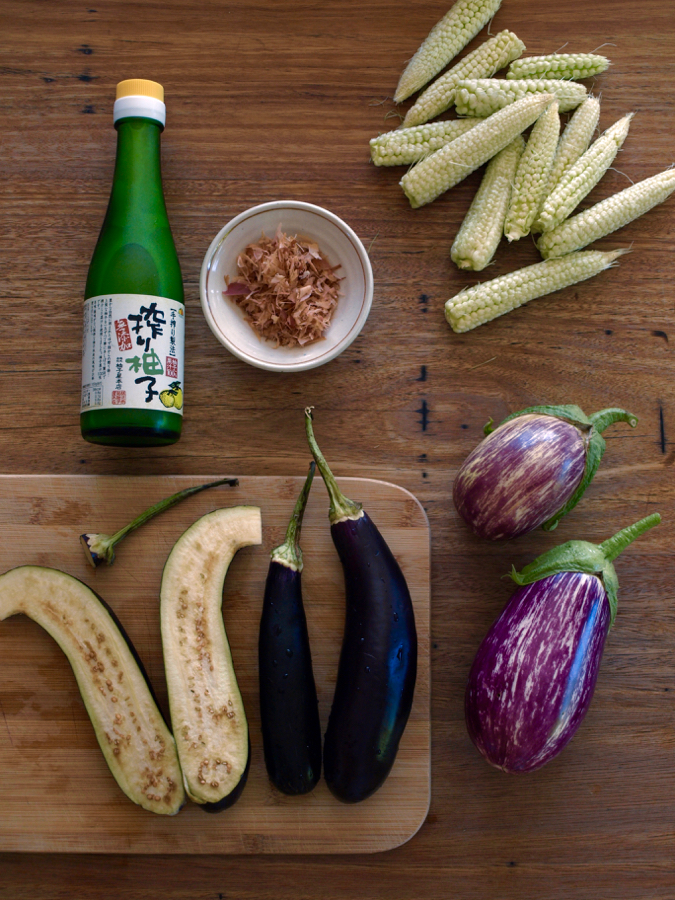 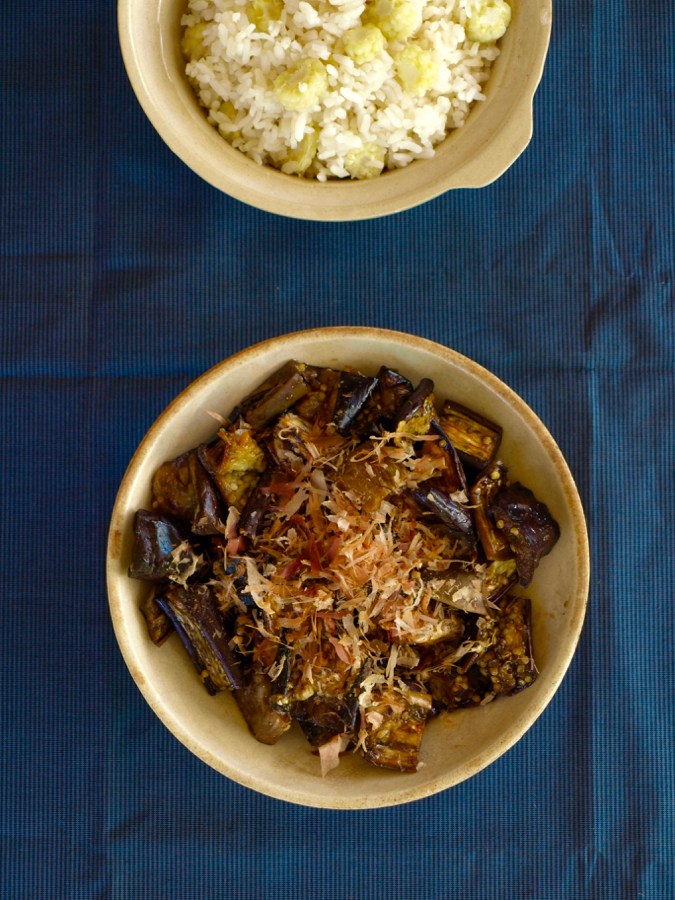 Eggplant with yuzu and bonito

Serve this with other vegetable or meat dishes, and rice if desired. (I made a pot of seasonal Japanese rice with slices of homegrown baby corn, cooked together with dashi granules in the cooking water.)

What to do with the rest of the yuzu concentrate? Umm … make a sugar syrup and enjoy with vodka and soda! (Or just soda for yuzu-loving kids.)

Preheat a barbecue or grill pan over low heat. Trim off the eggplant tops and slice in half lengthways. Place on the grill or in the pan skin-side down. If your barbecue has a lid, close it over. Allow the eggplant to cook gently for around 5 minutes, then turn the eggplant pieces so they are face down and cook for another 5 minutes, or until the pieces are soft through. If your barbecue doesn’t have a lid, or if you are using a grill pan, your eggplant may take a little longer to cook. Either way, watch your eggplant closely so it doesn’t burn. (However, if the skin does burn, you can always peel it off.)

Chop your eggplant into bite-sized chunks and place in a bowl. Add the soy, mirin and yuzu and gently toss with the eggplant for a minute or so. Taste a piece, and if desired adjust with extra soy for saltiness, mirin for sweetness, or yuzu for liveliness. You can serve this dish warm or cold. Toss once more before serving and scatter with the bonito flakes.