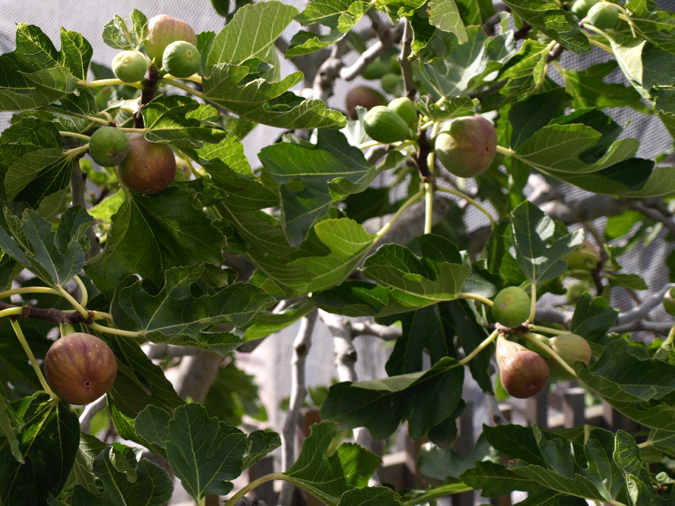 Having dinner outside sometimes feels like our kids’ ticket to mucking around at the dinner table – wandering off on important missions such as to catch a cabbage moth stuck in the raspberry net, or to feed the chickens some basil. The eating can go on f-o-r-e-v-e-r as we don’t have the heart to tell them off properly and ruin the atmosphere. Instead we say a few semi-cross words, make sure they have a few more mouthfuls of dinner, then we’re back to having a conversation and they wander off again about a second later. But it’s so nice sitting out in the greenery with all of us enjoying our space.

In March, that precious final month before daylight savings is over, we’ve been eating as many dinners as possible outside. Weirdly enough, we didn’t do lots of it this summer, partly due to good weather not aligning with the nights when we could, and partly because we were in that mid-season bubble where it feels like the weather is going to go on the same for ages and making the most of it doesn’t seem immediately important. (And partly it’s just easier ferrying dinner, plates and glasses to the kitchen table instead of all the little trips outside = laziness!)

Pizzas cooked on the barbecue have featured lately, although I can’t say I’ve actually cooked them. We have a system – I do the part that I like, which is making the dough, and I prep most of the ingredients, and then my husband who is speedy and generally awesome assembles most of the pizzas (usually with the mini-helpers) and cooks them. We make plenty for leftovers, as pizzas taken to work or put into our daughter’s lunchbox is the easiest lunch of all.

Fig pizza is something I look forward to each year. Our fig tree has just about produced its last fig for the season, which is an early finish as I know they’ve gone through to April before. But I think they also started early.

If you have figs at your disposal (or if you find some nice ones to buy), then I recommend making this. Figs are often paired with prosciutto on a pizza, which is delicious, but this simple vegetarian combination is great too – just figs, feta, black pepper and a drizzle of honey. 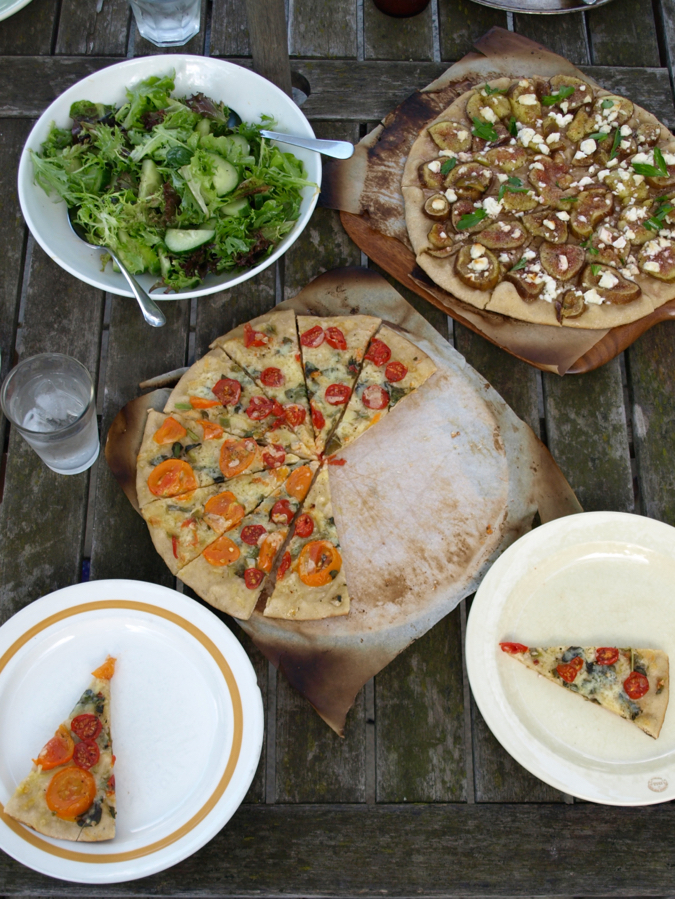 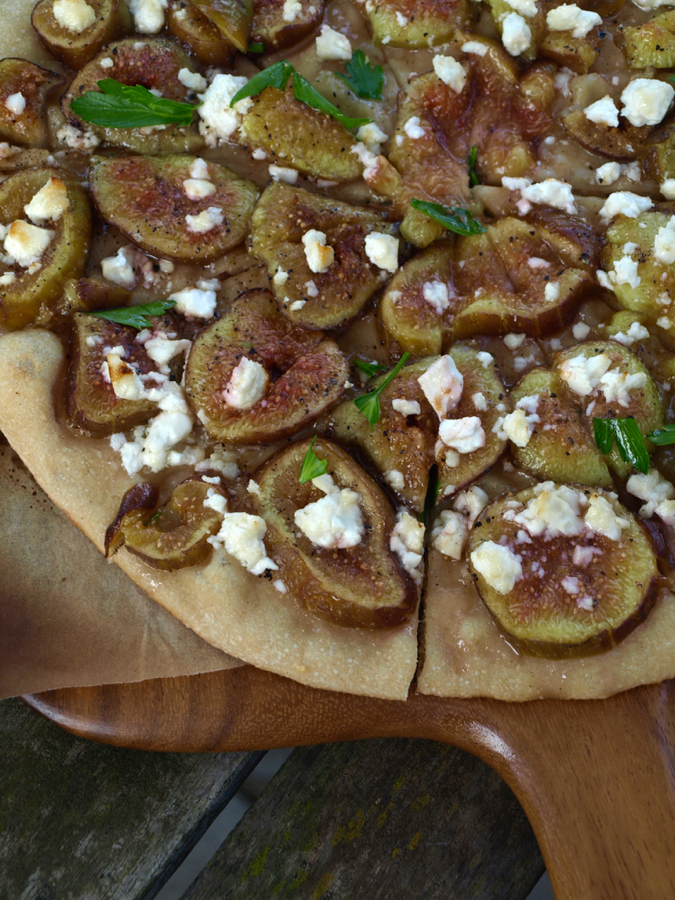 Put the flour, yeast and salt in a large bowl, then add the oil and milk. Add enough warm water, stirring it in with your hands, until you have a slightly sticky dough. Knead on a work surface for 5–10 minutes, until smooth and elastic. Return to the bowl, cover, and leave to rise until doubled. This can take 1½ or more hours depending on the weather, so make sure you do it early enough in the day.

* This dough quantity should make enough for 3 large pizzas. You can increase or decrease it if you want to. You might want to get a few other toppings ready so you can have other pizzas too.

Knock the air out of the dough and divide it into 3 balls. Roll the balls out to thin bases on a floured surface and place on oiled trays.

To make the fig pizza, cover the base with sliced figs, leaving small gaps in between. Scatter generously with feta. Grind on some black pepper, and drizzle with a heaped teaspoon of honey. Drizzle with a little oil. Cook in a hot oven (or barbecue) until the base is golden and crisp. Scatter with parsley to serve.