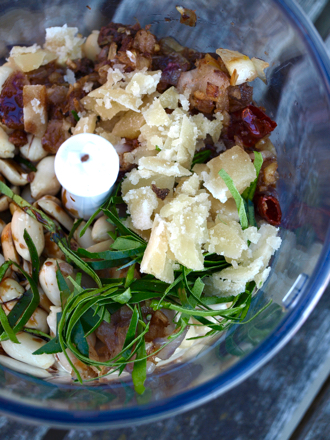 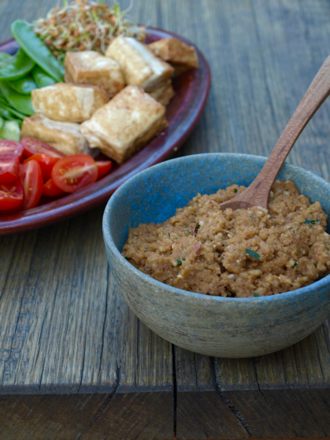 My five-year-old daughter surprised me the other day and asked for some sprouts in her kinder snack box. I looked at her and said, ‘What, do you mean plain?’ And she said ‘Yes – a container of sprouts, with a spoon please Mum.’ I almost said, ‘Are you sure?’ but stopped myself.

At the time we had a few containers of mixed sprouts in the fridge from our weekly fruit and vegetable box and had been eating them in whatever combinations I could think up, feeling rather Moosewood. The last meal we’d eaten, my husband said he’d been ‘sprout-bombed’! And to be honest with myself, I was starting to feel like I’d eaten enough of them too. But I hate wasting and can be outrageously stubborn …

So the delightful little request from our daughter was fantastic in all ways – a problem-solver for me, and such a healthy snack! I would never have thought of eating them plain myself, as I like them with a sauce or spread or dressing of some kind to add flavour to their nutty, grassy crunch. But if she wanted to eat them plain, then I realised I shouldn’t stand in her way.

I think it’s an example of how sometimes, just occasionally, and don’t get too excited about it happening very much at all, kids can actually be better eaters than adults! Have you ever experienced this? Another example is my son, who at the age of two still likes to eat plain natural yoghurt (too one dimensional and tangy for me – I like it WITH something!) and plain avocado (some lemon, salt and pepper for me at least). And while I think foods like tomato, cucumber and boiled eggs are generally better with a sprinkling of salt, I have to stop myself doing for them what I do for myself, as they don’t seem to notice the difference. (Pumpkin on the other hand, well that takes some coaxing …)

Now I have started making my own sprouts again, and I have to say they are so good and fresh homemade. Even I would almost consider eating them plain. I just used what appropriate whole pulses I had to hand, which were chickpeas (garbanzo beans) and whole red lentils. They were quicker to sprout than I expected – it took just four or five days. Unfortunately I think I may have over-sprouted the chickpeas, as they seemed to stop growing and developed a not-too-pretty black speckle over them, so they ended up going to the chickens. But the lentil sprouts kept growing and growing until eventually I put them in the fridge and with an occasional rinse they were still as fresh as daisies a week later.

Gado gado is my new favourite use of sprouts, and it’s such an amazingly healthy meal, as well as a fantastic prepare-in-advance dish to serve to guests. The very clean-tasting, kaffir lime-spiked peanut sauce is addictive (this recipe is an adaptation of one from Bali: The Food of My Island Home by Janet De Neefe). If there is any leftover sauce I don’t see why it couldn’t stand in for peanut butter in a sandwich with salad, or fill the groove of a celery stick for a snack. 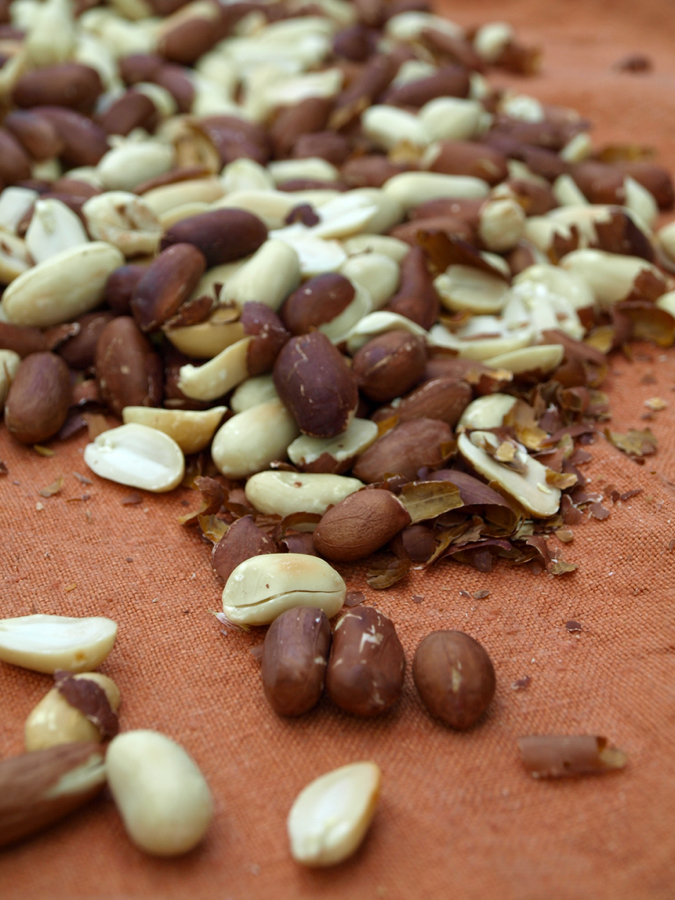 All you do is put a few tablespoons of chosen pulses, such as whole lentils, in a jar and soak them overnight. The next morning, cover the jar with a small square of muslin secured with a rubber band, and pour off the water. Leave for 6–8 hours and then rinse them, tipping off all the water again. Keep rinsing twice a day until your sprouts have grown to a nice length, which should happen in 4 or 5 days. Store in the refrigerator, and rinse occasionally to keep them fresh.

(While I’ve been told you should sprout in the dark, I actually do mine on the bench top away from direct sunlight, as it means I’m less likely to forget about them. Seems to work fine; the sprouts are just greener.)

To make the sauce, heat the oil in a small frying pan over medium heat and add the shallots, garlic, chilli, shrimp paste and lime leaves. Fry, stirring, until the shallots are golden.

Combine the peanuts, fried shallot mixture and remaining ingredients in a food processor and blend until smooth. Taste the sauce and add more kecap manis or lime or lemon if desired. Scoop into a serving bowl.

Prepare and cook your chosen salad ingredients as needed. Arrange them on a large plate and serve alongside the peanut sauce for dolloping on top.