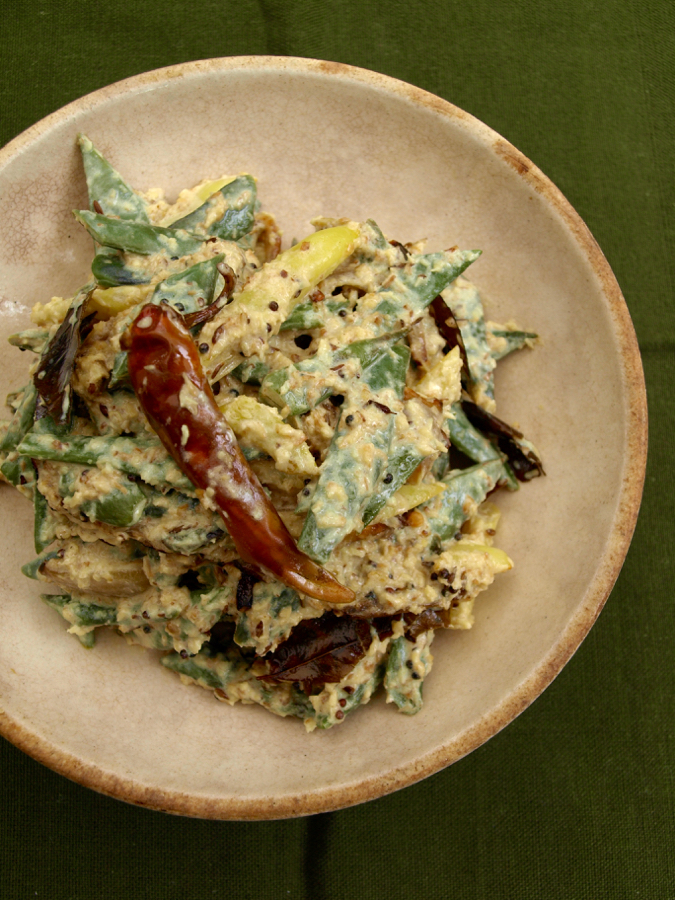 Tonight at dinner our 18-month-old daughter finally decided that beans are pretty good. We didn’t have to cut them up into little pieces and ask her to ‘go quick’, which is a silly game that involves her stuffing as much into her mouth as fast as possible, and sometimes ends with the food dribbling back out (we resort to it only if we’re getting a bit desperate). We also didn’t have to scatter tinned tuna on top like I did the other day at lunch, or sneak bean pieces in on chopsticks hiding behind something else more appealing. Instead she sat there with a half-eaten bean wobbling in her hand as if to say, you know what, Mum and Dad, these aren’t bad. ‘Maw’ she said after she’d eaten that one, and I thought, hurray!

We have beans in purple and yellow coming on crazily in our garden at the moment. So long as we can manage to keep the climbing arches upright (one arm snapped in a recent day of nasty north winds), we should have beans for weeks to come. Maybe in the end we’ll blanch and freeze some to spread them deeper into the year. But for now we’re giving heaps away and eating them about every second night, and strangely aren’t sick of them yet.

This is a salad from southern India called pachadi. I’ve never been to southern India, but about ten years ago a friend and I travelled through Nepal and northern India, getting as far south as Calcutta and the desert state of Rajasthan – which is not very far at all. The south of India still beckons, and from what I know it is less chaotic metropolis and more palm-lined backwater. The food is spiked with fresh coconut and curry leaves and laced with lots of mustard seeds like tiny jewels.

An elegant book called Fresh Flavours of India by Das Sreedharan inspired this recipe. Sreedharan uses okra – but I thought beans. The salad is great because after a few days of eating beans quite plainly or in ways where they at least remain intact and recognisable, this one jumbles them up with toasted coconut, spices and yoghurt, and each mouthful is nutty, creamy and flavoursome.

Pachadi (Das Sreedharan spells it ‘kichadi‘) is like a southern Indian version of raita, and it can be very yoghurty like a dip, or chunky and textured like a salad, as this one is. It can feature various vegetables – chunks of boiled carrot or cubes of roasted pumpkin (which would be untraditional) are particular ones that I think would work. Chickpeas would also be fantastic. This bean version goes perfectly with fish – but don’t let me stop you from gobbling a whole bowl on its own.

Boil the beans for a few minutes, then drain them. Heat the oil in a frying pan over medium heat and fry the onion, chilli and curry leaves until golden brown. Add the mustard and cumin seeds and fry for another 30 seconds or so, until they begin popping. Add the turmeric, garlic, beans and salt and continue frying, stirring regularly, for around 3 minutes, until the beans are lightly touched with colour. Add the coconut and continue frying, stirring constantly, until the coconut is lightly toasted (1–2 minutes). Remove from the heat.

Put the yoghurt in a salad bowl and add the hot bean and coconut mixture. Stir well, and taste for salt. Serve warm or at room temperature.