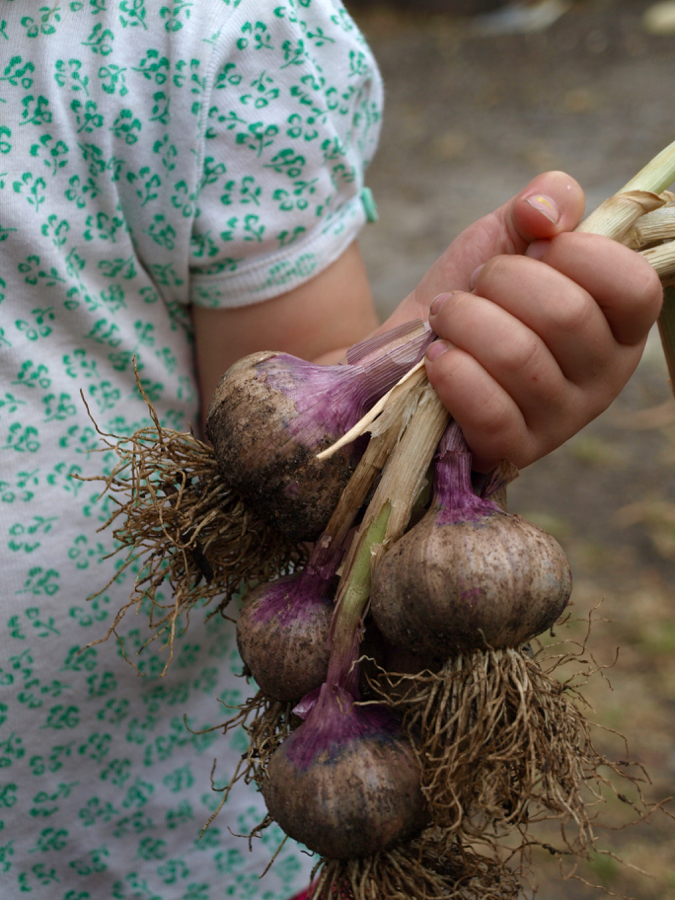 When we harvested our patch of garlic at the end of November, memories came rushing back. In early June in the same patch of earth, we dug up what felt like a million jerusalem artichokes. Our eyes bulged as tuber after tuber stacked up in a pile, the progeny of just two plants. I was deliriously happy, not just because of such a surprising gardening success, but to share some lovely moments in the garden, in the sun, with my husband and daughter. I was close to nine months pregnant and I knew everything would change soon.

We excavated all the artichokes, scraped the soil back over, added compost, and then poked garlic cloves into the earth in tight rows. Greta was digging in a little pile of compost and squealed with delight at every worm she found. At dinner that night I felt like toasting my beautiful family and the fact we would soon be four. After we put Greta to bed, Leigh and I spread out the artichokes and marvelled that they covered the whole kitchen table! Then we packed them away. We also packed the rest of last summer’s garlic under the kitchen sink. Both tasks felt like battening down for winter, and somewhat less romantically, I just felt blissful relief at ticking some jobs off my list before the new baby arrived.

Contractions started in bed that night – and after the day I’d had, it felt really right. A boy, Finian, was born in the early evening the next day. And so, when we were harvesting our garlic a few weeks ago, it occurred to me he was exactly one garlic season old!

I think garlic has become the best, most rewarding vegetable we grow. In a relatively small space (say, 1 square metre) you can grow a supply for the whole year without needing to buy any. By doing this you also sidestep the quandary of whether to spend your money on expensive local garlic (which is also sometimes difficult to find), or the imported stuff that is terrible in terms of food miles and is chemically treated. Garlic has a long growing season roughly from winter to summer, but it more or less grows itself with a bit of watering in dry weather. Here are some good things I’ve learnt about growing garlic: 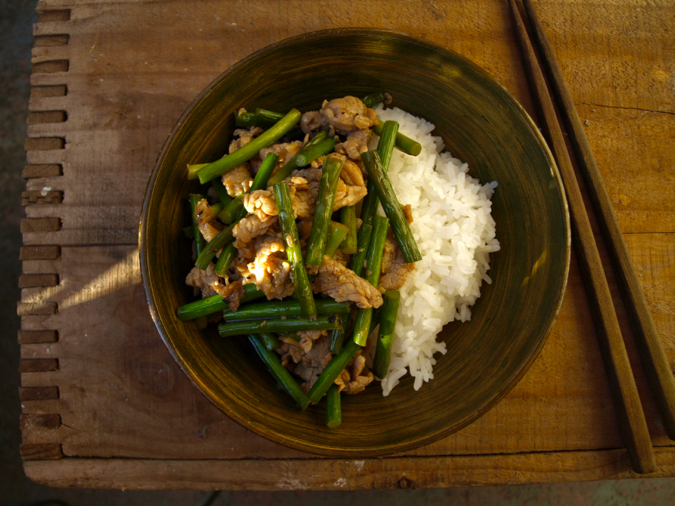