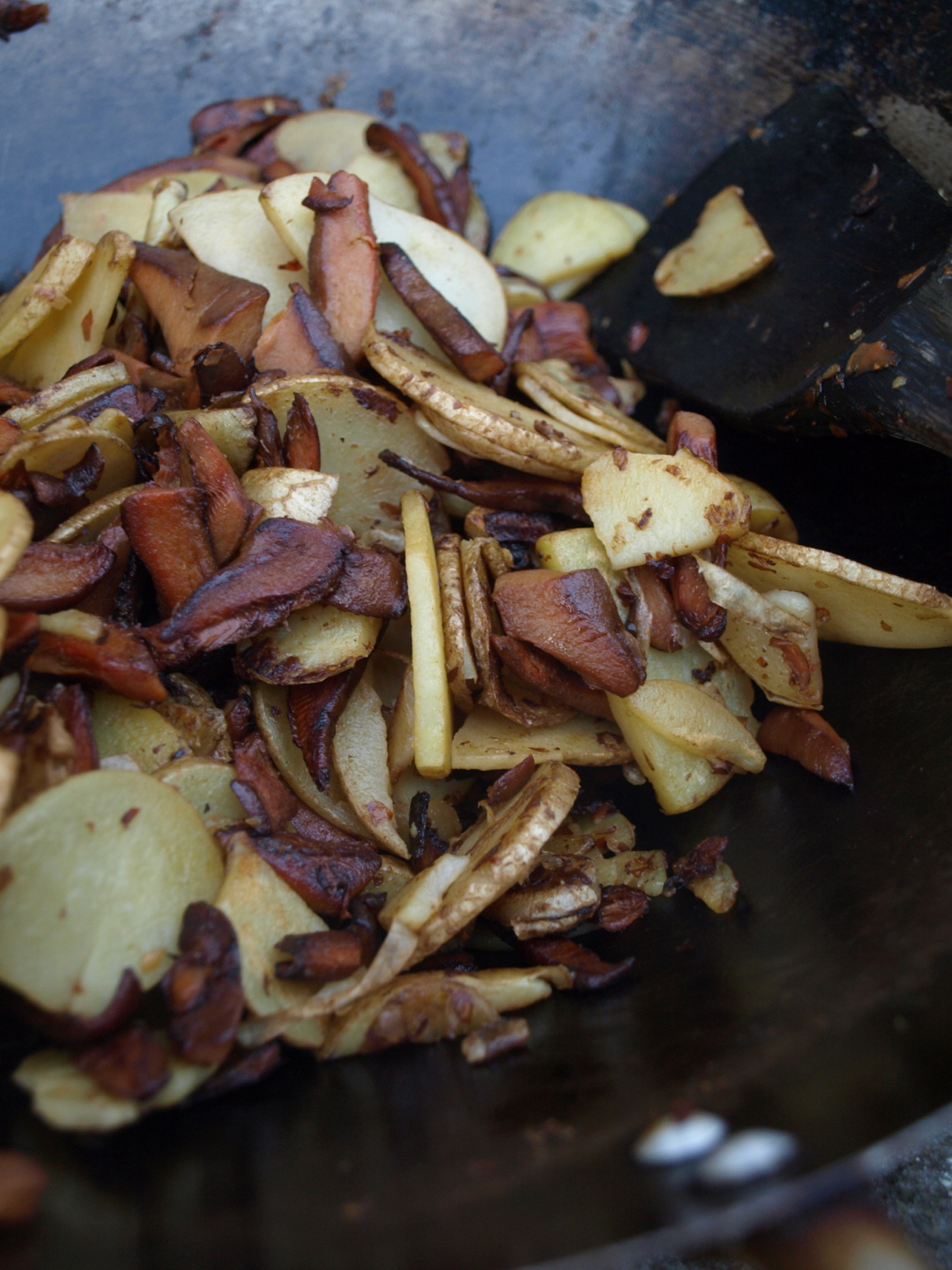 Mushroom and potato stir-fry, tucked inside an omelette, on a pile of fluffy rice – if this was my last meal on earth I’d be happy.

It was how I felt yesterday after I took the omelette photo and tucked in. Was I just really hungry, or enjoying the first quiet moment of sitting down by myself in a number of days? Actually I think the food was just really, really good. 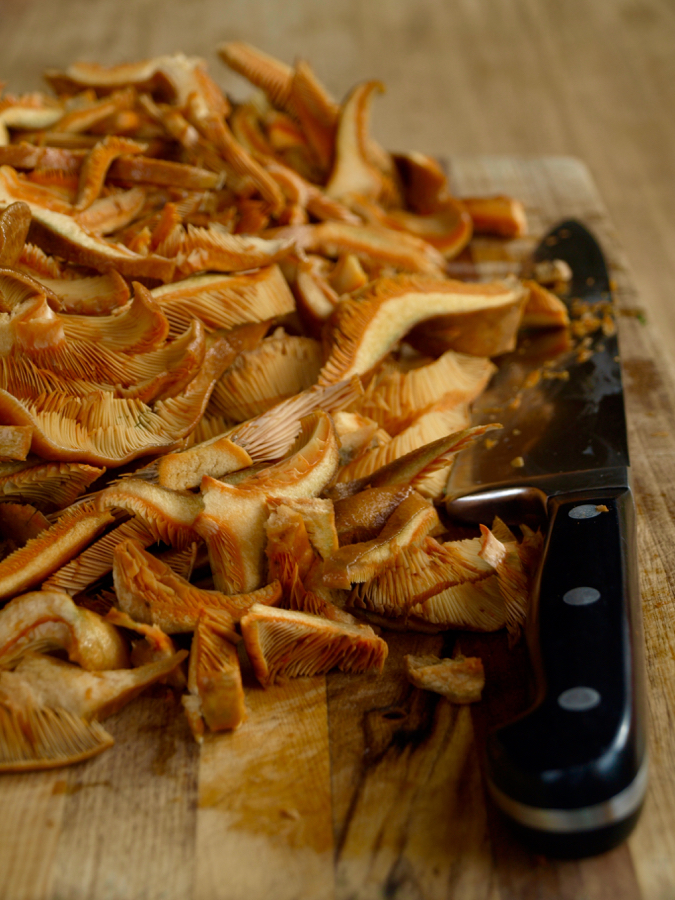 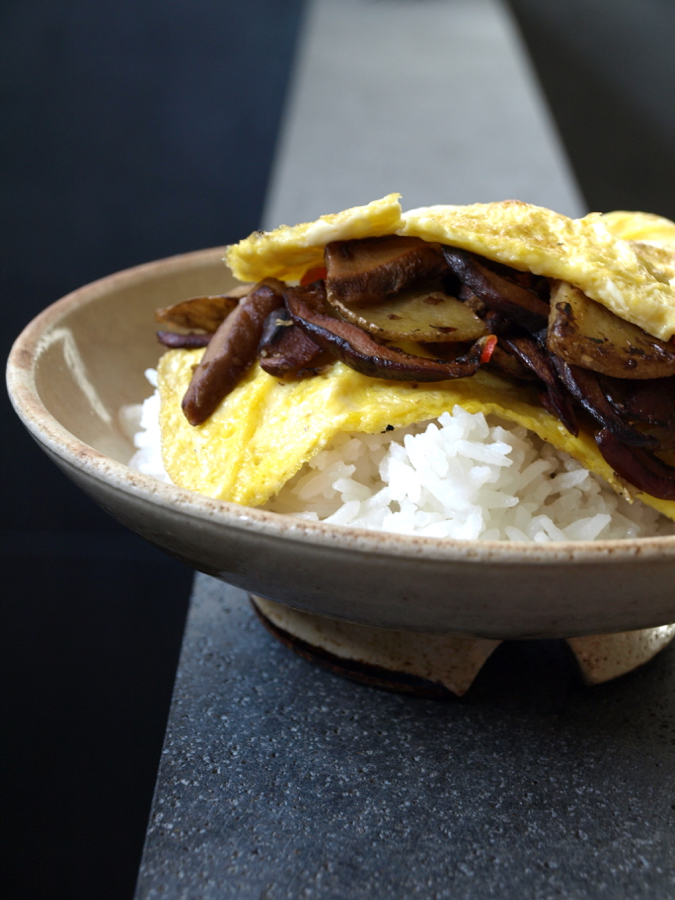 The stir-fry is a treasured dish for my husband and I, hailing from a little village in Yunnan, south-west China, that we visited during our trip to Asia after we got married and before we had kids. At our hotel in a touristy town called Lijang we started chatting with a lovely young teacher called Feng Juan who wanted to practise her English. We had no Chinese to practise, but were equally eager to get to know a local and learn about life in China. Eventually we were lucky enough to be invited to stay a night in her family’s nearby village. What a privilege it was to go walking through the corn fields to fish in the dam with her grandpa, and be served dinner at a little square table in the family’s courtyard, feasting on six simple stir-fries that combined to make a banquet as far as we were concerned. That night we slept in a loft amidst an enormous supply of garlic, bulbs drying everywhere we stepped. The next day before we left I scribbled down the recipes of my favourite stir-fries from dinner and this potato and mushroom one featured. It’s a dry style of stir-fry – a jumble of sliced potatoes and mushrooms well-seared in a wok, flavoured simply with chilli, garlic and salt. It is pretty amazing! Yes I think I’ve already said that.

The mushrooms in China were incredible – we noticed them as soon as we crossed the border from Laos, being sold by villagers on the sides of the highways. There were such a dazzling array; so, so many we’d never seen before. In Feng Juan’s village they grew in the hills behind the houses and Feng Juan loved collecting them. 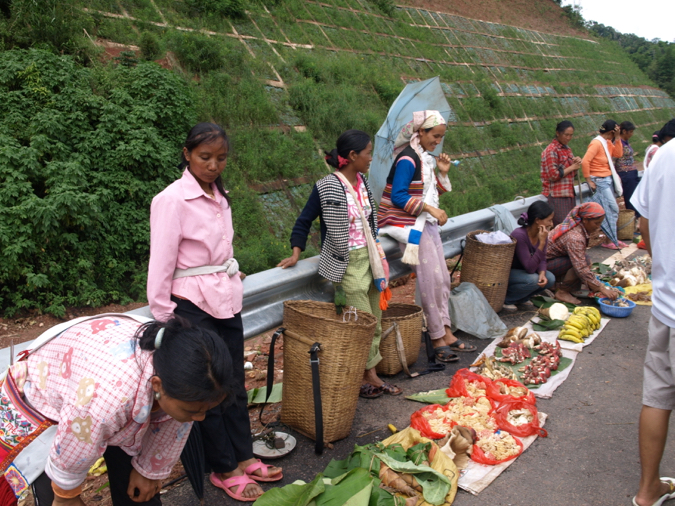 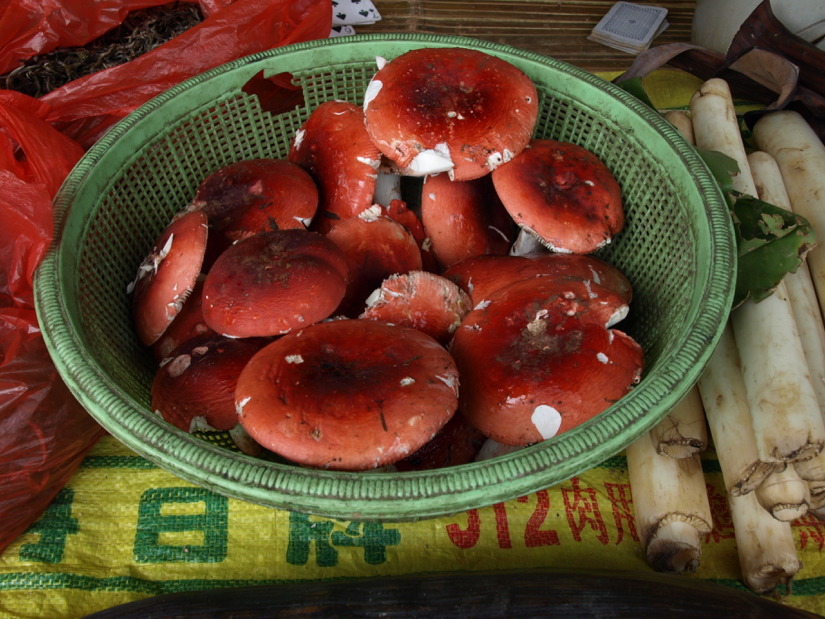 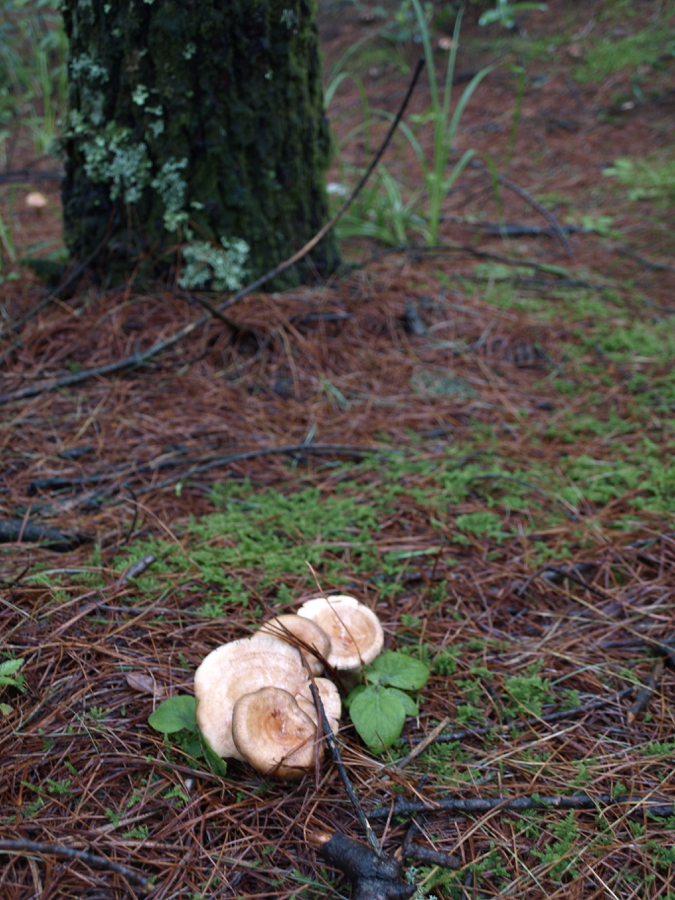 At home we have our own secret spot for collecting pine mushrooms (see Annual mushroom soup) and I was really excited to give this stir-fry a whirl when we returned from China. Pine mushrooms, otherwise known as saffron milk caps, hold their shape and don’t release lots of liquid, so they work beautifully in a hot wok. Otherwise, oyster mushrooms or fresh shiitakes are great. This comfort food is at the top of my list to cook in late autumn and early winter when the pine mushrooms are popping up their heads.

Heat the oil in a wok over medium–high heat and add the chilli. Allow to sizzle for 20 seconds or so, then add the remaining ingredients and start stir-frying. Keep doing so, tossing almost constantly (well, you can do a few other things here and there) for around 8–10 minutes, or until the potato is just tender. Taste for salt and add more if needed. By the end of the cooking the mixture shouldn’t stick to the wok at all, and if you use a classic steel wok you might notice it becomes beautifully seasoned – just another reason to cook this stir-fry! Serve on rice with another stir-fried green vegetable, or inside an omelette.