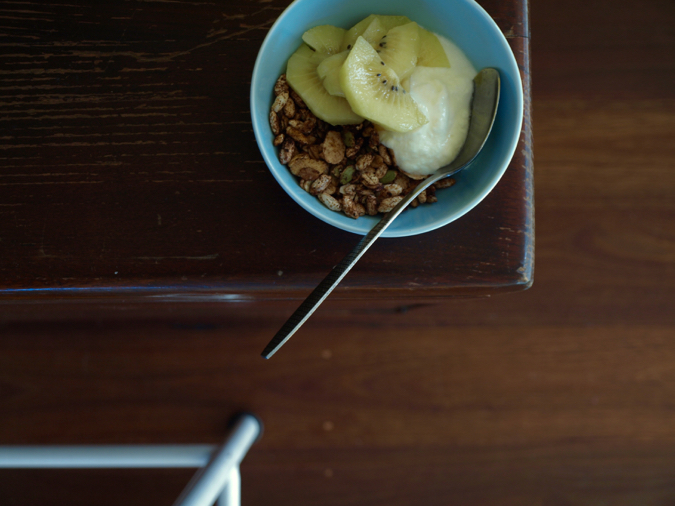 I feel lucky there are no food intolerances in my little family. We eat dairy, all kinds of nuts, eggs, sugar, and all the no-go foods for people on the low FODMAP diet (I’ve got a slightly limited understanding of this, but know it excludes onion, garlic and some fruits, vegetables and legumes). We’re also fine with that big category that is gluten. And while I am never fussed by catering to particular diets and I support family and friends who have intolerances, at the same time I feel personal horror at the thought of cutting out some of these foods (like no onion or garlic!?).

Yet for the longest time and particularly since having children, you could say I’ve been hell-bent on not eating too much wheat. My husband is rolling his eyes here because if we’ve had toast at breakfast on the weekends, I don’t let us have a sandwich for lunch. Depending on what’s in the house, sometimes it’s tricky. It’s got nothing to do with intolerance, but comes from an idea that shines bright in my meal-planning head, which is that eating wheat two or even three times a day seems unhealthy and a bit careless. (I’m sure if we were Asian I’ve have the same thing with rice.) Grains offer less nutrition than vegetables, so I figure it’s best to at least vary the grains you eat in a day – put some rice in there, oats, rye, barley, corn, buckwheat – and go for whole grains when you can, when it doesn’t ruin what you’re cooking (i.e. I’ve never made a wholemeal sponge cake. Quite possibly they are delicious).

I find the best way to avoid eating too much wheat is to get off to a good start and don’t have it for breakfast. Weekday breakfasts in our house are usually muesli or one of a few types of porridge, and now this, which has burst onto the scene as big new favourite.

It came about because of a fairly silly situation of over-ordering organic puffed brown rice through a local dry-goods group. It’s easy to over-order – puffed rice is so light that 1 kilogram is buckets and buckets of the stuff! And I didn’t think that my natural chocolate crackles were going to put a dint in our supply quick enough, so I did some Googling for breakfast cereal ideas. I found one on a blog called Nutrition Stripped … The one I now make has evolved with more seeds and nuts, less sweetener, and no salt, which I found unnecessary.

The granola is a revelation, particularly for my daughter who is the least keen on porridge. With some Dutch cocoa in there, there are elements of Coco Pops, and elements of Rice Bubbles too, which our kids only get when they stay at their grandparents’. A bowl of it without anything on top also makes the best snack. One more thing is the granola is very quick to make – I’ve even whipped up a batch before school on a few occasions.

Speaking of intolerances, the recipe is dairy free and gluten free if you use gluten-free oats (or you could add more nuts, seeds or even flaked coconut). 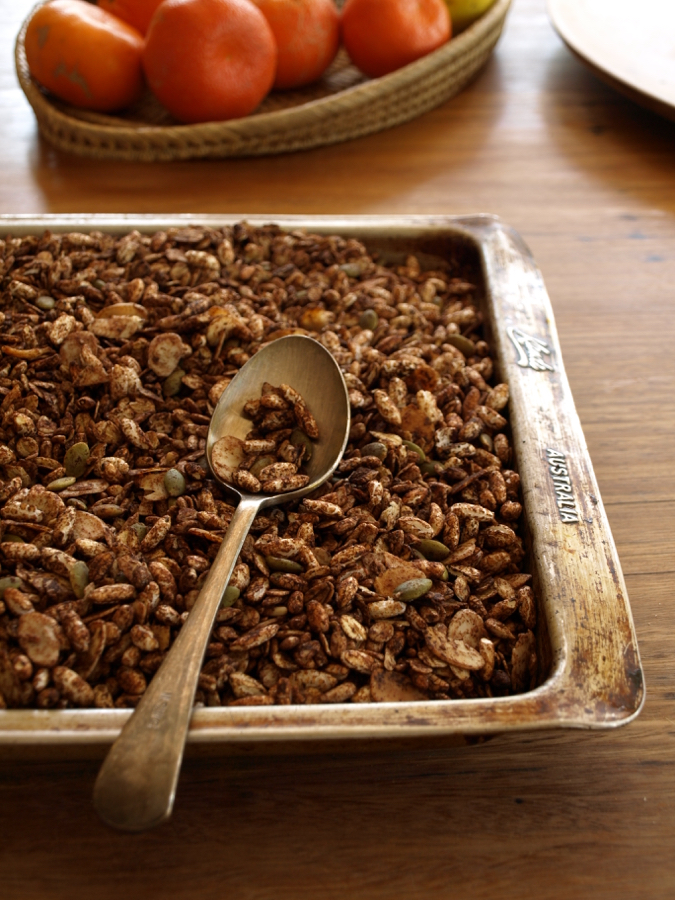 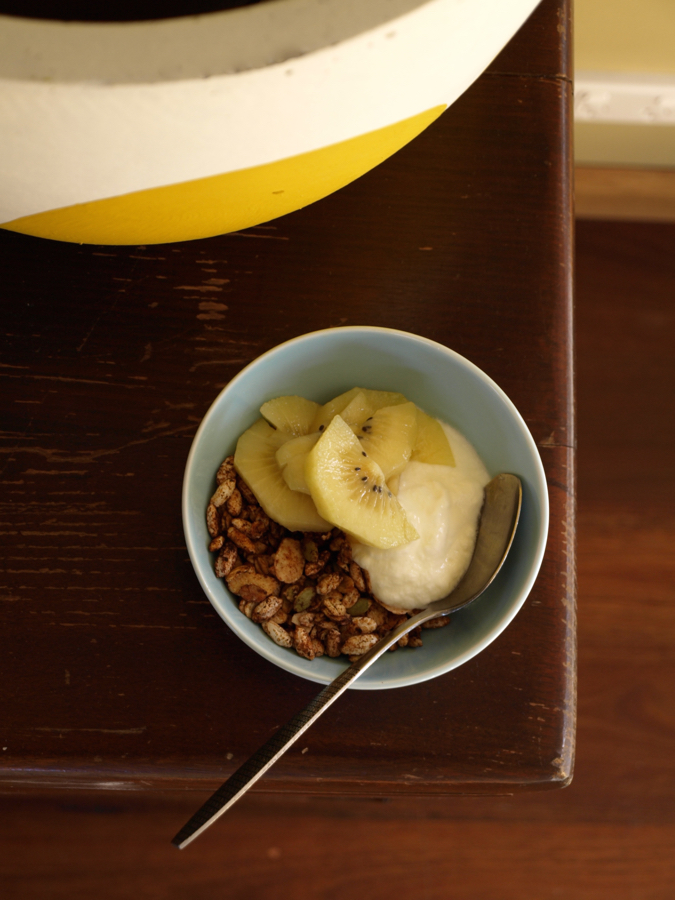 Heat the oven to 180°C. Melt the coconut oil in a large bowl in the microwave or in a large saucepan. Stir in the honey or maple syrup until well combined, then add the cocoa and cinnamon and stir well. Stir in the remaining ingredients until well incorporated. Tip onto a large tray and spread the mixture out. Bake for around 25 minutes, stirring 3 times during cooking to make sure the granola browns evenly. Remove from the oven and leave to cool. Store in a large jar or airtight container.