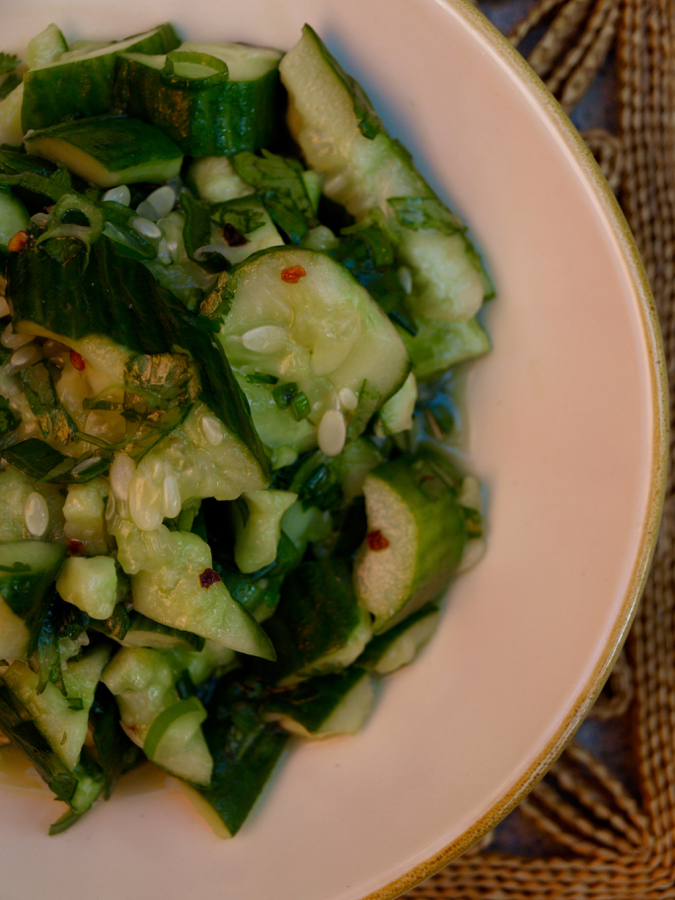 My vegetable garden seems to have a mind of its own. This summer it decided that tomatoes and basil would not be the frontrunners. Instead it’s been the cucumbers and spring onions, and just when I was about to give up on them, our super slow beans finally started producing. While technically this is my garden, I feel like I’m really just along for the ride and am happy with any result – as long as there is one!

Each year our bugs are different too. (Not something to be proud of exactly …) There aren’t many white flies this year (maybe my yellow sticky signs have worked?! I’d like to take the credit, but I suspect the white fly population has just decreased of its own accord). In their place we have red spider mite, and something new I haven’t even brought myself to look up yet … Ah well. I’m feeling a little more relaxed about our bugs because I see now that each year is different, so I’m not too worried about the problems persisting, and despite the bugs we’re still getting a good amount of vegetables. (Or at least – cucumbers, beans and spring onions! The less successful tomatoes and basil I’m putting down to being planted in too much shade.)

My intuition tells me that if your soil is rich and healthy and your plants seem to be growing well and quick, they can beat the bugs! I mean, the vegetables can be produced before the bugs really take hold. Gardening gurus out there may be laughing at me, but surely there is least a little bit of truth in this.

So while there have been none of our favourite pasta sauces with tomatoes, basil, carrot and celery, and even tomato salads and sandwiches have been rather light on, the cucumber salads have been fabulous! (And I’m just warming up on the beans and spring onions …) Our cucumbers are sweet and flavoursome, their flesh and juice a lovely light apple green instead of the pale white you sometimes see in cucumbers you buy.

Cucumbers are such great vehicles for soaking up dressings and flavours. I have renewed my love for a Nepalese cucumber salad that is awash in a light yoghurt dressing subtly tinged with turmeric and speckled with crunchy toasted seeds and spices. It works brilliantly on a curry night mixing with other vegetable or meat curries. And then there is this Chinese cucumber salad, which comes from a very special holiday I had with my husband six years ago.

It was served to us in the family home of a friend we made called Feng Juan, in a village near Lijang in Yunnan province. We dined on this and five other simple and beautiful dishes that together formed a snapshot of the season and the village’s own produce – fish, chicken, corn, potatoes, wild mushrooms, cucumbers. Sitting at a little wooden table in the family’s courtyard, it was a dream come true to be cooked an authentic Chinese meal, and then later to have the chance to ask for the recipes! It’s really a whole other story, but thanks Feng Juan – this salad is the best, as was our time spent with you! 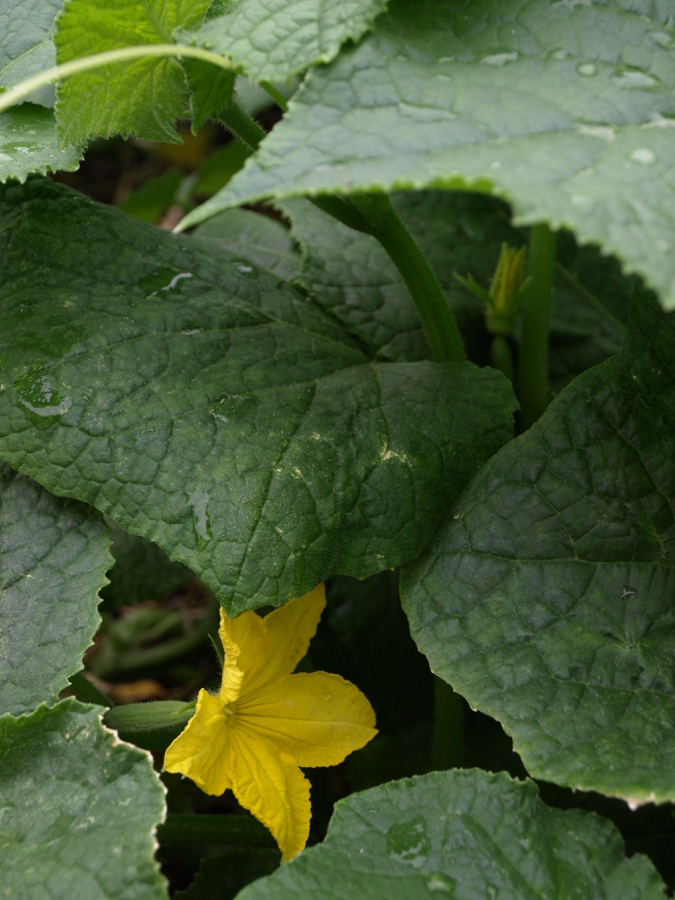 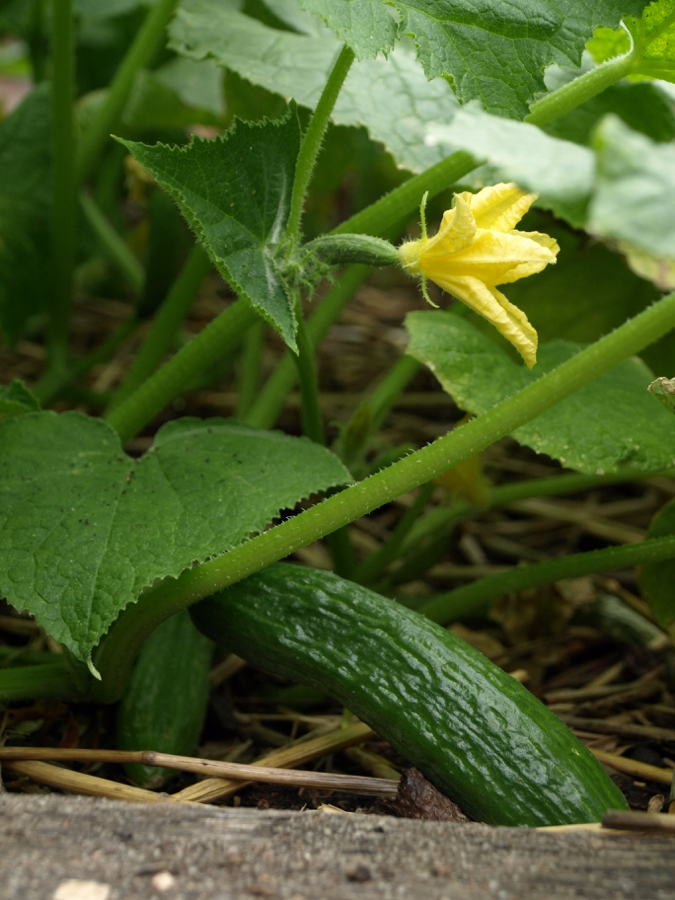 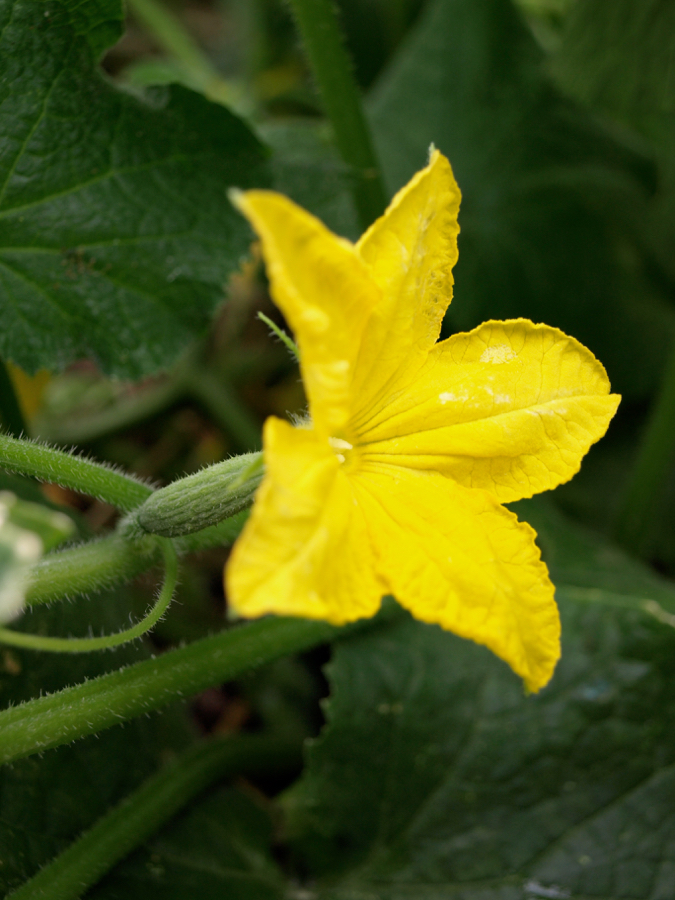 To make a quick chilli oil, heat the oil in a small frying pan over low–medium heat. Add the chilli flakes and let them sizzle very gently for a few minutes, until fragrant. The oil should redden a little. Be careful to turn off the heat before the chilli starts to burn.

Top and tail the cucumbers. To smash the cucumbers, take them outside with a chopping board and a mallet or rolling pin (or otherwise, do it inside but be prepared to clean up the splatters). Bash each cucumber a few times until it has split open along its length, opening up in rough chunks. Take the cucumbers back inside and cut the split cucumbers into bite-sized pieces on the diagonal. (This salad can also be made by simply cutting the cucumbers into small batons, but it’s more fun to smash them; the salad is more beautiful; and the cucumber pieces soak up the dressing better with their rough edges.)

Combine the garlic and vinegar in a serving bowl and add the cucumbers. Pour over the chilli oil and sprinkle on the sugar and salt. Mix well. Add the herbs and mix again. Taste for seasoning, adding more salt (or sugar, or vinegar) if desired.