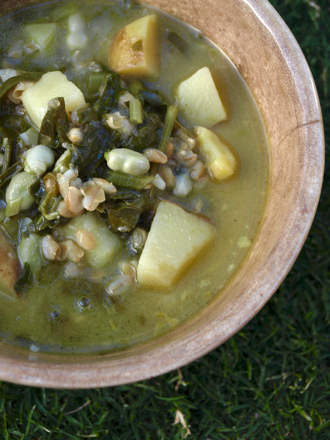 I’ve been watching a bird make a nest in our lemon tree through our kitchen window. First I made sure it wasn’t a nasty Indian myna (it turned out to be a more benign but still imported suburban blackbird), then thought to myself, this is going to be good viewing – a touch of David Attenborough in our own backyard.

The kids and I giggled at the breakfast table while watching this bird gather all kinds of structural materials, like pieces of straw from our veggie garden and even fragments of an old mosquito net that I’d been using as a snail cover over some seedling pots. It seemed that anything goes for this nest, and soon the tree was installed with a tall nest at head height dangling with all kinds of flotsam and jetsam.

That was about three weeks ago, and since then I’ve been wondering what’s been going on in there. After hearing some tiny tweets I finally got a chair and stuck my head among the leaves to investigate. I could see the beaks of at least three fluffy brown-eyed chicks. And then I realised I could actually still see them just standing next to the tree on the grass.

When the mother bird came back to the tree with a mouthful of food, the babies tweeted so desperately and craned their heads as high as they could reach. It was almost painful to watch – they seemed starving! I lifted my own two kids up so they could see the birds madly tweeting what could only be translated as ‘mine’, ‘mine’, ‘mine’. I started wondering if the mother bird shared things out fairly among her babies, or if it was just a matter of survival of the fittest?

Then we went to sit in the shade to keep watching and I realised that it wasn’t just mum on the job fetching mouthfuls of worms and caterpillars, but dad too. Thank goodness as it looked like such a tough job, and I swear those two parents never rested. Mouthful after mouthful, they kept darting off, hunting, delivering. Breastfeeding looks incredibly convenient in comparison – all we have to do is feed ourselves to make milk, which comes out in meal-sized portions, not dig for mouthful after hard-won mouthful to be shared among several siblings.

The birds will be back at it tomorrow and I feel almost tired just thinking about it. It’s been very cool to witness a little snippet of spring nature out our back door – and here too is a spring recipe featuring spinach, broad beans and green garlic that we’ve been eating a lot of around here, inside the window. 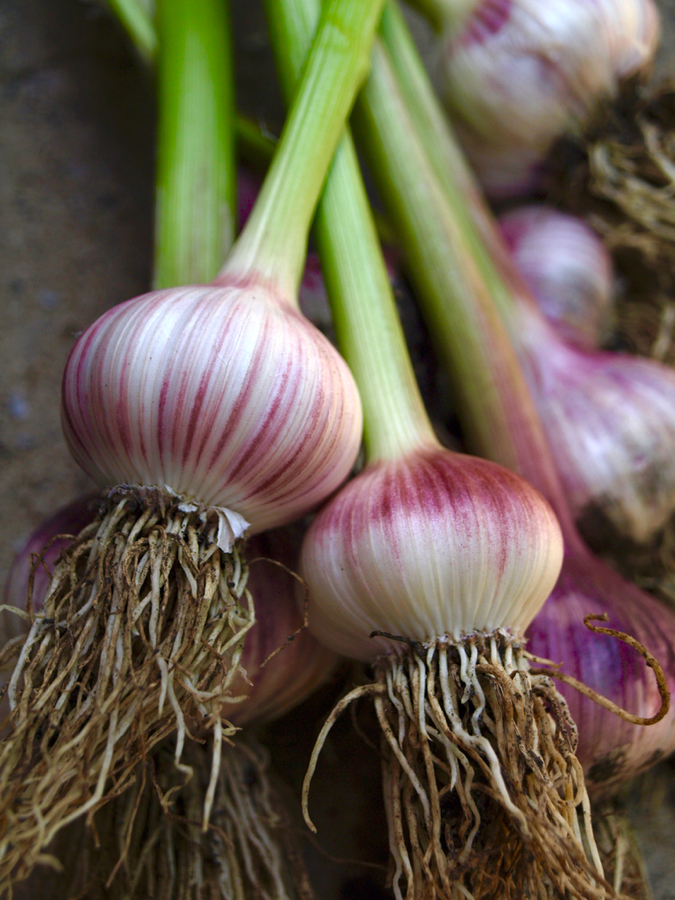 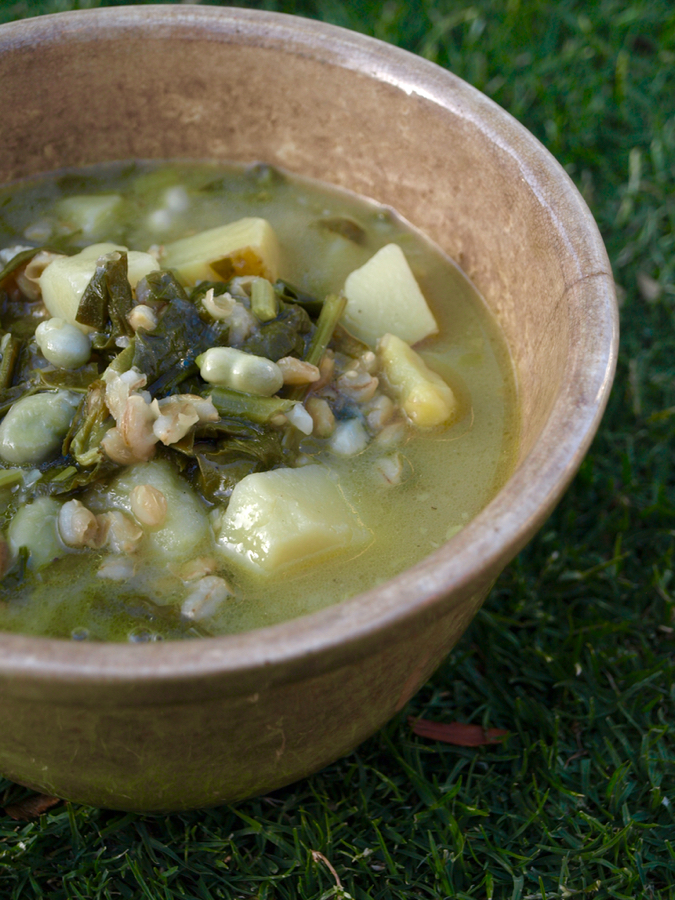 Green garlic is just garlic that is harvested while still green and fresh, before it becomes dry and papery. You simply peel off the outer layer (much as would leek or spring onion), and use both the stem and the bulb. I’ve found that green garlic can be harvested at lots of different stages – from when it is young, to when it is fully grown (but still green). You can buy it at greengrocers in spring. It has a milder, sweeter flavour than mature garlic, but still packs a lovely warm punch. I fry the garlic in a little oil and stir it into the soup at the end, and it’s quite amazing how much flavour it gives, which is why the soup is otherwise so simple.

Before the soup is finished, heat another small splash of oil in a small frying pan or saucepan and add the green garlic. Fry gently for a few minutes, until lightly golden. Stir the garlic into the soup along with the salt and pepper and simmer for another minute, then remove from the heat. Taste and adjust the seasoning if needed.