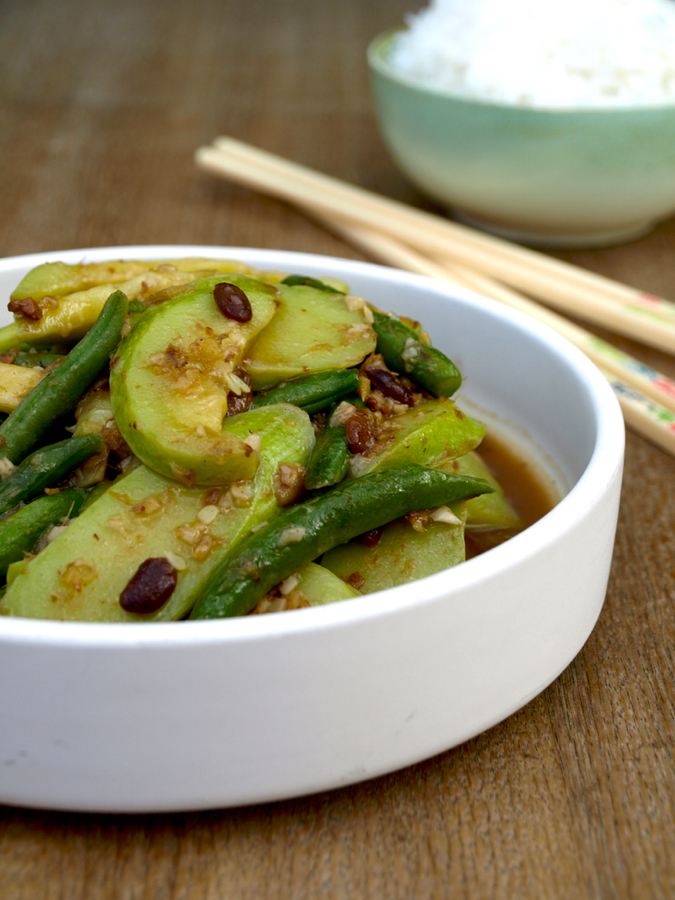 We grew a great zucchini (courgette) in our garden this year – as soon as I saw its first baby fruits in pre-flower stage, like long curved pencils drooping downwards, I knew I liked this fellow a lot! It’s an Italian heirloom called Tromboncino and it appealed because it could climb up a trellis, and also because regular zucchini hasn’t worked for me in recent years …

It climbed up so rapidly, popping out a wall of large green leaves, and you just had to admire its spirit. Most of the time it was smothered with yellow flowers – and the size of some was spectacular! They gave a whole new meaning to stuffed zucchini flowers – and stuff them I did, for my mother’s birthday. This was the first time I’d ever done this, and I settled on Stefano de Pieri’s recipe from his book Modern Italian Food, partly because I liked the sound of his flavoursome batter with parsley, parmesan and garlic in it, and also because I was sold on his notion of putting the leftovers in kid’s lunchboxes the next day. I did this (my daughter has just started prep) and felt very Italian! But actually, the best part of the whole chapter was the meal we made the following night of vegetable fritters dipped into the leftover batter and wickedly but deliciously deep-fried. (Oh goodness – hello deep-fried green capsicum!)

Some of the fruits of our Tromboncino didn’t set, which I think is normal with all vines, but those that did set grew so fast you could almost sit and watch. They were bigger than I expected! At 50 cm long, the pale green, lightly streaked zucchini still tasted young, tender and flavoursome. They have a slightly bulbous end, and we discovered that all the seeds are clustered in this end rather than spread throughout the zucchini, which makes the flesh seem slightly more dense and perhaps it takes a fraction longer to cook, too. But for anyone wanting to try growing this zucchini, I don’t think you’d be disappointed. I got the seeds from Diggers.

I must say that the Tromboncino is not made for refrigeration – such length, and sometimes with a twist in the middle. You have to chop them in half to fit them in the crisper! Hilarious but lovable. 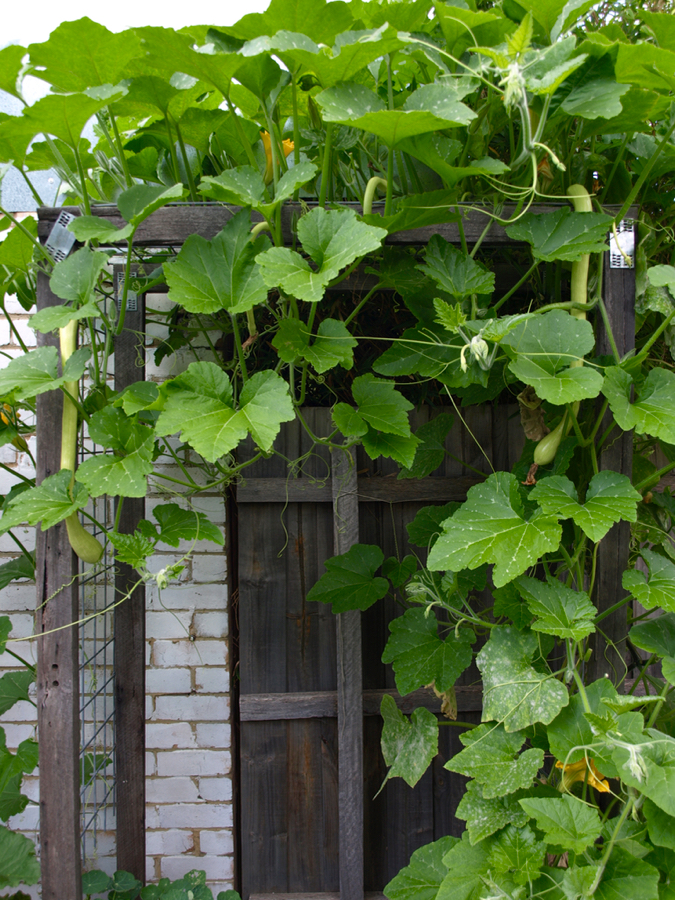 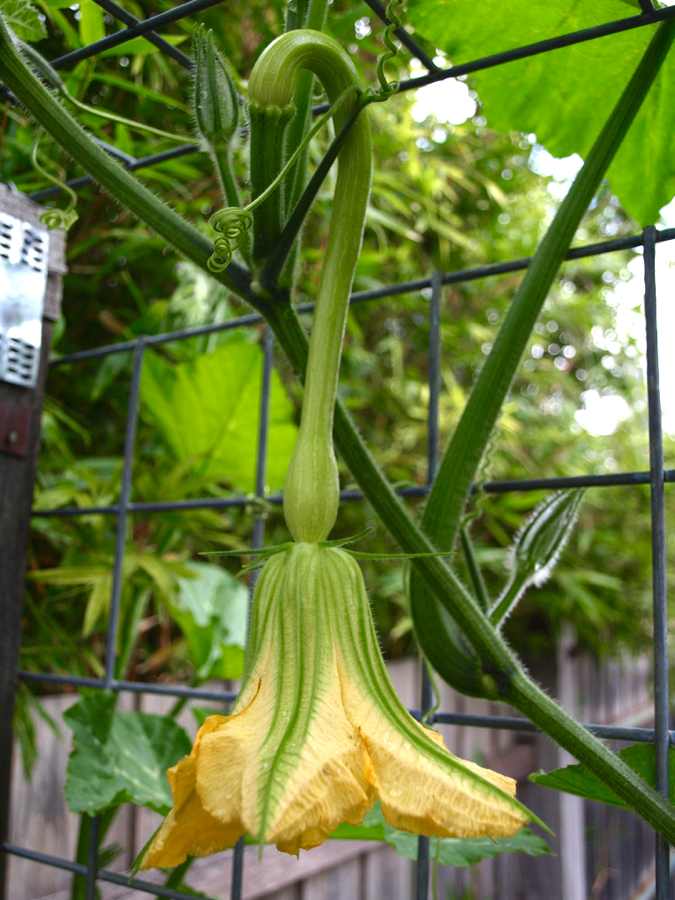 Stir-fried zucchini (courgette) and seasonal greens has burst onto my list of great stir-fries since discovering it in combination with Chinese soybean paste*. Add beans / asparagus / broccoli / Chinese broccoli / bok choy, depending on the time of year. The soybean paste adds a beautifully salty, savoury depth that goes so well with the zucchini in particular. Serve it as a side dish or even on its own with rice.

Heat the oil in a wok over medium–high heat and add the garlic and ginger. Stir-fry for 30 seconds then add the vegetables. Stir-fry for a few minutes, then add a splash of water and the soybean paste. Allow to simmer for a few more minutes, until the vegetables are just tender. If the water evaporates too quickly, add a splash more, as the dish should have a little juice.

* I look for a brand of soybean paste or sauce with minimal ingredients and without chilli, as the chilli versions can be very hot and I prefer to add chilli to dishes myself. The brand I am using at the moment is Pun Chun Bean Sauce.